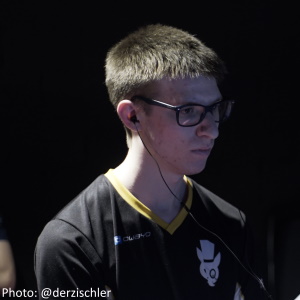 Jaka (@Jaka_SSB) is an Isabelle player from Rheineck (St. Gallen), playing for Swiss Incredible Rebels. He was ranked 9th on the 2019 Swiss Smash PR and has improved his performance ever since, winning his first tournament in 2020 and frequently placing in the Top3. He’s also known for representing Switzerland in almost all big European online events with remarkable results.

How did COVID affect your private life?
Very little changed outside of Smash. I’m working in a laboratory, so I was able to continue working as before, home office and the like was out of question. The only time I stayed at home was when I had COVID. I’ve also never been big on going out partying either. Of course, some things like going to the swimming pool were impossible and planning something with friends was also more difficult. I guess I missed that a bit.

COVID changed the way we play Smash. In the last year you’ve basically represented Switzerland in European online tournaments probably participating in more than anybody else and also placing really well. Did you always play that much online?
No. Before COVID I basically only played offline. Online was the only choice I had if I wanted to continue playing the game. It’s not great that’s for sure but I like it to learn matchups and character-specific gimmicks that you should be aware of. But I barely ever play Elite Smash. If anything, I played with friends or some grinding sessions. Well, I guess I do play Elite Smash between tournament sets sometimes.

How are you organizing your grinding sessions?
Every now and then I use the European All Stars Discord, but I think I might get kicked from there soon, because I’m not really active. There’s a monthly amount of sessions you’re supposed to play, but I can’t really find the motivation at the moment. Mostly, I just play with friends on Discord or whenever somebody is asking to play for a bit. I don’t play dedicated grinding sessions that often, it’s online after all. It kind of sucks to have barely anybody close by to play offline with, as I’m living in the canton of St. Gallen. My issue is that it’s not worth for me to travel during the week because I would be traveling longer than playing, due to me having to go home early because of work. That’s also a reason why I rarely came to Tsüri Weeklies in the past. On weekends I sometimes have other plans. My main issue is generally the hours of traveling it takes me to get to somebody else. Do I really want to travel that long just to play a few hours? In my opinion, only dedicating an entire weekend where I would sleep over at another person’s house makes it worth it.

And what about Yuzu?
*Yuzu is a PC-emulated version of the game that, together with Parsec allows you to play online with less of the known issues, like lag. You can learn more here.
I’m not sure if my PC would be able to host, but I haven’t used it as client yet. I’ve heard it’s a lot better than online, but I’ve also heard people complain about stability and optimisation issues. So, I haven’t tried it yet and I also haven’t really looked into it too much.

How many online tournaments are you entering and how do you decide on what to enter?
Usually, I enter the bigger ones with a prizepot on weekends. Sometimes TOs also ask me if I would like to participate in their tournament. During the week it mostly depends on whether I feel like entering one or if some friends want to participate in something, so we all enter the same tournament. As for criteria… One is obviously prize money. The number of entrants is another one, especially top players make it interesting. These are people where I know they aren’t just “online gimmicks” but are performing well online consistently or did so offline prior to 2020. That also makes it a lot more fun, if you know people aren’t just simply abusing online strategies but are playing the game “normally”. Even though there are people who’ve accused me of abusing online too.

Online is generally viewed as worse, how are you handling the online environment with all its difficulties?
It does feel worse but, in my opinion, Isabelle doesn’t play all that different compared to offline. Most of it is covering options and you’re less dependent on reacting to your opponent. As with any character, combos are harder and obviously there are situations where you need to react, for example in tech-chase scenarios. But overall, while it does play worse, most of it is the same. Just recently I played offline again and that felt completely different though.

That leads me to my next question: You’re playing so much online, how do you adapt to offline again?
It was definitely weird in the beginning, to be able to move properly again, but it doesn’t take me that long to get used to offline again. Some things are a bit harder, like the timing for my jab combos, because they are frame perfect. I’ll have to grind those again, to get used to the offline timings again so I don’t drop the combo. Nowadays I get them more consistently online, the input lag definitely changes it up. But I’m confident that it won’t take me long to adapt back to offline. Whenever offline tournaments are coming back, I’ll also be playing a lot less online, because offline tournaments are also on the weekends, at the same time as the bigger online events. Maybe I’ll enter an online weekly every now and then, but I think my online career is slowly coming to an end. We’ll see how things work out.

Talking about offline, you played in the recent invitational tournament in Bern. How was it?
It was amazing, especially meeting all the people again. I definitely missed it. It was so nice talking to everybody, playing some games, some moneymatches and getting food with everybody after the tournament or just simply hanging out together. Offline you can also play different game modes, like Smashdown or Squadstrike, which are a lot of fun. There wasn’t much of that obviously, we just really wanted to grind the game again offline. There were also a number of character changes I learned about. It’s definitely going to be interesting in the future.

As a Smash player you weren’t able to represent your sponsor during the lockdowns. How was the situation in Swiss Incredible Rebels?
Nothing really changed. We’re all like a big family in SIR. We had a few events you could participate in despite the lockdowns, and they were pretty cool. We kept them under 10 people of course.

Looking into the immediate future, where do you see yourself?
I’m pretty confident I can make Top3 in Switzerland. I’ve been grinding a lot during the pandemic. I also practiced the Palutena matchup, I feel confident in that one now. Before COVID I only played against Neo a few times in tournament. It’s hard for me to judge how much the other players have practiced, but Top3 is definitely my target and I think I also reached that goal in the offline period of 2020, assuming we had a PR. So, I’m confident I can keep it up.

With the return of offline events, can you give me 3 players that you would keep an eye on?
If he goes to more offline events, I think Jodel (@DwJodel) could perform really well. He’s not that known yet, he only entered 2 offline events in 2020 and some weeklies. Another one is DeepFreeze (@DeepFreezeIV), he told me he’s been grinding a lot with his new character and he’s been one of the best players already, so I think he could be scary to face. And my last one would go to rohan doge (@RohanDoge). I’ve seen that he’s been grinding offline and improving a lot. I think those are the 3 players I would look out for, but there are obviously other threats out there. The Romandie in general seems to have gotten better, Neo had already good results in 2020. They definitely have more events than we do at the moment. But a lot of the Swiss German players also play offline grinding sessions, so I don’t think the Romandie will be able to beat us that easily.

Any hot takes or banter regarding the Swiss Smash Community?
We need to travel more! I will try to go to as many majors as I can whenever they come back again. I really enjoyed VCA (in Vienna), and I hope it can take place in November. I would also like to show that Switzerland isn’t as bad as some people seem to think. There are even Swiss players saying that we’re bad which I really don’t understand. And to show that we obviously need to travel, something that a decent amount of people haven’t been doing or aren’t willing to do. I also only started doing it after VCA which was such a cool experience that really had me wanting to travel more. I think I agree with Neo that there are some Swiss players that could make Top50 EU if they travelled majors. We have the potential to do so.

Any final words from your side?
I’m just really looking forward to playing in offline tournaments again.


If you want to see more of Jaka, you can follow him on Twitter or try catching his stream on Twitch where he’s streaming some of his tournament runs (mostly in Swiss German).