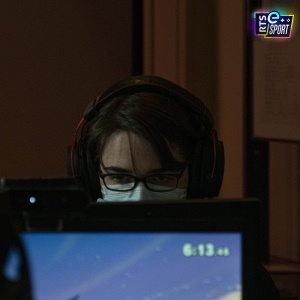 rohan doge (@RohanDoge) is a Metaknight player from Lausanne, playing for Lausanne-Sport Esports. He is one of the best players from the Romandie, that is said to have improved a lot during the last year, which he was able to prove in the invitational-style offline events that recently started again. He is also known for posting memes and Metaknight clips on Twitter; French Twitter loves them for their creativity.

How did COVID affect your private life?
I’m studying Electrical Engineering at the EPFL and we switched to studying from home with online classes through Zoom. It’s tough finding the motivation to get up every morning and sit in front of the computer to watch the classes and then do your assignments after.

With university being online, did you gain any extra free time from not having to commute and such?
I think I basically spent all my free time playing Minecraft while hanging out in Discord with some friends. I’m not playing Smash online. And that’s about it, everything is closed due to COVID, so not much else to do.

But I saw that you entered a few online tournaments.
Yeah… You know, I always end up thinking: “It’s been a while since I played in an online tournament, I should try it again, it can’t be that bad.” But it is that bad, every time. I don’t think I’ve ever come out of an online tournament being happy. I always end up angry, because I can’t move the way I want, I’m facing strategies exclusively viable online and the waiting time between the matches can be insanely long. It’s almost never a good experience. That’s why I barely enter online events.

If you’re not participating in online tournaments, are you playing other things online, like Quickplay/Elite Smash or online grinding sessions?
Recently I upgraded my PC to be able to host Yuzu*, which is a godsend because it allows me to actually practice with other players from further away in an almost offline environment. Since I’m hosting it’s almost like offline for me, for them it’s a bit worse but it’s still way better than anything else. Before that I played Quickplay or some sessions over Discord. You know, late night Quickplay, when you’re bored, so you think about playing a game or two and then end up playing for about 4 hours. Just one more game, every time (laughs). I got into the EU All Stars Discord, but I rarely made use of it, because I hate to grind online and so I ended up leaving again.
*Yuzu is a PC-emulated version of the game that, together with Parsec allows you to play online with less of the known issues, like lag. You can learn more here.

You played in Flow’s Fight Nights (Scheduled First-to-5 or First-to-7 Sets between 2 players that are streamed with commentary on his stream), which are online, so how was that?
It’s Fight Nights, you can’t really refuse that offer. I was playing against Noxumbra and he’s a good player so I could play proper neutral and use offline strategies. That’s what I dislike about playing online. The first three rounds of an online bracket are the worst. People are mashing and abusing online. Noxumbra wasn’t abusing online, he played using an offline playstyle. And that’s how you can practice online, if both of you are playing as you would offline. This allows you to think and reflect. You can’t react to some options, of course. In my opinion you can’t really practice with pure Wifi-Warriors who only know the online environment and are abusing it. But you can practice against good players that are using offline strategies and improve from that. That’s another reason why I accepted, because I know, when I’m playing in Fight Nights, I’m going to face good players, with “fundies” as you could say.

And what about offline play, grinding sessions etc.?
Thankfully, I have people in my area to play offline with, which helped me staying sane during this time. So I ended up playing a lot of offline. Every time somebody is organising a session, I try to participate. I want to play offline on every opportunity I get. Especially because I’m playing a character that requires precision and can’t really be abused online. Recently, there’s been one session per week in Neuchâtel, on Saturdays. And there are also some people meeting up in Geneva and I join them roughly once every 2 weeks. I’m also visiting Neo to play on the weekends, usually practicing for an entire day, from around 1 p.m. to 11 p.m. Playing over such a long period of time allows you to experiment with options and implement new things. You’re not focused entirely on just winning. That’s what I like about these long sessions.

The Romandie had a few offline events already again, like the Numerik Games (bracket and VoD here) and the Geneva Generations Crew Battle which your team won.
I’m happy we have such a big scene in Geneva allowing us to organise events like these. When we saw that restrictions were eased so 15 people were able to meet again, we really wanted to organise something. The Absolute Frost team is helping us out a lot, they have a venue, streaming equipment and such. I’m grateful for everything they do.

You’re playing a lot of Yuzu now, and technically that’s online. How would you compare it to your offline practice?
I played as the client on Yuzu before, when I got to know it, as other people were recommending it. You have around 3 frames of lag, so it’s not perfect, but you’re able to play actual neutral. If you have the opportunity, you should definitely try Yuzu. Ever since I upgraded my PC I’m usually the one hosting and it feels like you’re literally playing offline. Right now, I’m practicing to not overextend and improving my ledgetrap. About a month ago I took a 1-hour lesson from Ogey and he gave me like 2 or 3 things to work on which helped me tremendously. I don’t think I can explain how valuable 1 hour of coaching actually is. It’s insane. They give you points to improve on, in 1 hour, something that would probably take you a month to discover yourself. I basically saved around 1 to 2 months of practice to get to the point where I’m at right now.

How was it for you as a sponsored player during COVID, not being able to represent your team and such. Did anything change?
Nothing changed. My contract is performance based and also includes online play. But I told my team that they shouldn’t expect anything from me during the online period. Fortunately, they are aware of the issues with Smash online and they are waiting for offline to come back. And they also kept me under contract, for which I’m really grateful. It was a bit unfortunate for them, if I remember correctly, I got signed right before the pandemic happened.

Where do you see yourself when regular offline tournaments are coming back?
I think I’m definitely on PR level right now, because I feel like a lot of people haven’t been playing as much. But I haven’t heard from a lot of the Swiss German players, so I don’t really know what’s going on there. As it stands right now, I’m aiming for Top10 which I think is doable.

If you had to give me 3 players who you think have improved or are a threat when offline comes back, who would that be and why?
My first one is Neo (@NeoSSB_). He already had good results in 2020, so when offline is coming back I think he’s going to be a major threat in Switzerland. Then there’s also C/B/F (@CBF_ssb). He finally bought an actual controller. Before, he used these cheap Hori controllers that you can buy for like 20 bucks, but they break so fast. He had to replace them regularly, because he’s mashing so hard (laughs). Now he bought a Pro Controller and can actually play properly. He improved a lot and so he’s going to be another threat, in my opinion. And for my last one… There’s not just one name, but an entire group I’d like to mention. In Geneva, we call them “the Zoomers”: Fire, Frost, PATOO and Clipho. They played a lot of online and recently also grinded a lot offline. They can make some upsets and they’re just missing this one thing to become serious threat in bracket. Especially PATOO, the Lucas player. He beat SickBoy at the Numerik Games in Winners but then lost to him in Losers, so as you can see, they can do some waves.

Do you have any hot takes or some banter for the Swiss Smash community?
Ok, so here’s my hot take: I think Phonky is going to be the one falling the most in the rankings. He had like 50 different setups and people kept getting surprised by them. But over time people started figuring those out and started beating him. Unless he found some new stuff during the pandemic, I think he might lose the most ranks.

Is there anything you want to say before we end?
We, as a community in Switzerland, have to stop losing to Isabelle (laughs). We have to do something about this character. We keep losing. Jaka should not be getting away with this!

Jaka just recently won the invitational in Bern.
Yeah, I was like: “Man, how does he do it?” I mean you have to give him credit. Every week I seem him entering online tournaments and winning or at least getting Top3. That’s just crazy. The fact that he can perform offline and online shows that he’s a really good player. You can see that he’s solid all around. I think he’s one of the most consistent players in Switzerland. I’m looking forward to seeing him travel around Europe, to see how he can surprise the rest of Europe, putting Switzerland on the map and showing that we exist. And also so they stop making fun of us losing to low tiers, because they’re losing to him as well.

Considering that he plays a lot of online, would you say that there are characters that allow you to practice online and still perform well offline?
I think so. I recently saw a tweet that said: “There’s no character that’s buffed online, it’s playstyles that are buffed online.” If you have a mashy playstyle, always pressing buttons without any care in the world, of course you’re going to do better online. Of course, your Villager, for example, is destroying everyone because you’re spamming f-air and b-air without getting punished online. In my opinion, high-level players can improve more than mid-level players online because they know what works offline and what doesn’t. I’m sure Jaka has some things where he knows they only work online and has the level to not use them in an offline setting. But he still can improve from seeing different playstyles and getting character knowledge through facing them online. I think that’s a sign of a good player, to be able to transition from online to offline without having to revamp your playstyle or your timings.


If you want to see more of rohan doge, you can follow him on Twitter.
He’s also participating in Benooou’s “Swiss Series – Couch Edition” where he will be playing against SickBoy tonight! (give @BenooouSSB a follow to keep up to date with the schedule). The entire series will be streamed live on Twitch.